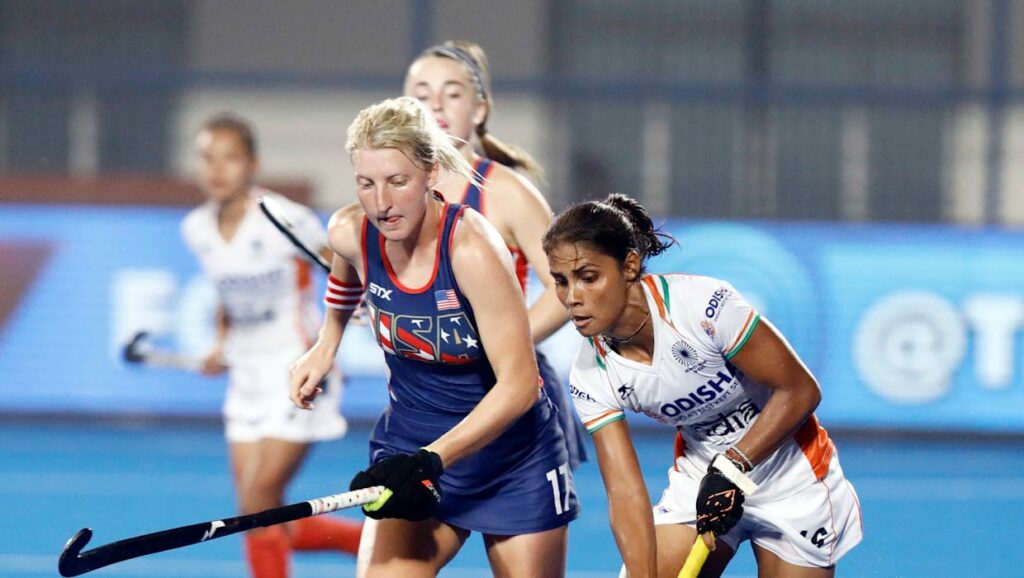 Wayne speaks with the Olympic Channel about his teams Olympic Campaign:

Vandana Katariya was one of the key performers for the path-breaking India women’s hockey team at Tokyo 2020. The star forward was the joint-highest goal scorer for the Indian eves, with four goals to her name, alongside ace drag flicker Gurjit Kaur.

Moreover, three out of her four goals came in the quarter-final match against South Africa at the Oi Hockey Stadium in Tokyo, which saw her become the first Indian woman hockey player to score a hat-trick at the Olympics. She also netted once in the bronze medal match against Great Britain but India suffered a heartbreaking 3-4 loss in that match.

And on the back of her phenomenal performance, the Uttarakhand-born player was nominated for the Arjuna Award. Her performance, however, was no surprise to former India women hockey team’s scientific advisor Wayne Lombard who has observed her growth closely since 2017.

“From her side, she was always giving her 100 percent effort and she was the one player whom I had to pull back a little bit. She could give extra all the time.”

However, even before embarking on his journey of 244 weeks, 1568 days and 37,632 hours, the South African felt that it is important to understand each player individually. He believes that earning the trust of the athletes, especially in a new environment, helped them understand the purpose of his training program better.

His training program, which helped the India women’s hockey team finish fourth at an Olympics for the very first time, was largely focused towards improving their agility and fundamental fitness.

“I picked up a lot of changes that need to happen to compete at an international level. But again, in a new environment, it was important to gain the trust of the players,” the former head of athletic performance at China Hockey said.

“Agility was one area which was important. But it was also an area which needed a lot of time. One thing that is most important for me which I could address was the general and fundamental fitness.I felt that it was on a low level and wanted to make a foundation. Other than that there was general speed or agility and basic level of strength was also important. Being fit and robust, being able to meet the demands was important,” he added.

But the effort behind the scenes turned out to be challenging for Lombard as he observed that each individual player had a different ability to grasp his drills.

“Not everyone can adapt in the same way. Initially, it was important for me to screen out each individual. So once I understood where the team was and each individual it got easier,” Lombard said.

“Younger athletes were almost like a sponge, their bodies were able to learn and adapt to all training, because they were raw. Then there were players in the middle who could adapt but we needed to monitor carefully to make sure they were not overtraining or undertraining and then there were athletes who have been around for 15-16 years who had to adjust to make sure their bodies aren’t overcooked,” he further explained.

And since starting his journey in 2006 — when he started his undergraduate degree in sports science from the University of KwaZulu-Natal in Durban — Lombard hit the peak in his career with his extraordinary effort to improve the India women’s hockey team and left on a high!