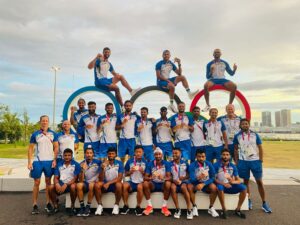 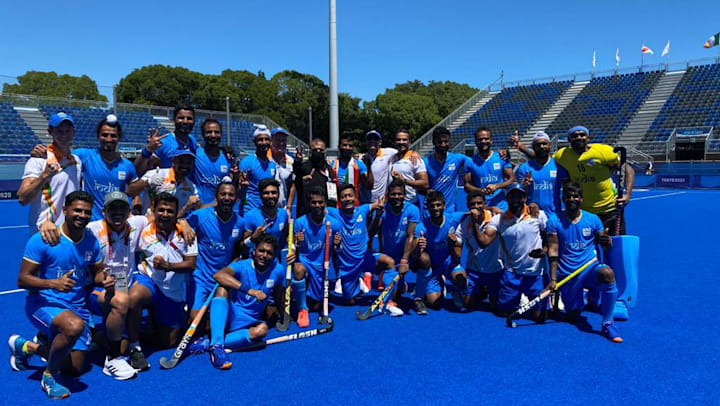 It took the India men’s hockey team 41 years to end the medal drought at the Olympics. They defeated Germany 5-4 in a thriller to win bronze at Tokyo 2020, the team’s first medal since the gold at Moscow 1980.

On the forefront of the India men hockey team’s development was Robin Arkell, who was appointed the lead strength and conditioning coach for the team in 2017. He had four years of high-performance experience, included training rugby players at the Pumas Rugby in South Africa.

The task was cut out for the South African as the Indian men’s hockey team, traditionally, have not been the fittest team ever since hockey made the switch to AstroTurf.

“One of the sessions would be speed based, where we would push the players to execute their skills at the highest intensity possible and I looked at specific metrics on the GPS (Global Positioning System). I looked at how fast they were running, and would try to get hold of their maximum velocity during the session. It would be one of the shorter sessions like 90 minutes in total which included the warm-up,” Arkell told Olympics.com.

“Another would be change of direction. It was a tough and demanding session held for around 90 to 120 minutes. It would be looking to push them in small spaces and looking to change directions, transitions between attack and defence. It is all while playing hockey. We combined strength and conditioning into hockey and that made a huge difference.

“The third session would be like an endurance-based session where we would push them to match the demands in terms of running, play-alert and different metrics. It was a two hours long session. We pushed them beyond what they are accustomed to. We looked at player rotation for an average six minutes.”

Fortunately for Arkell, he was working with a group of highly-motivated and disciplined players who were just as driven as bringing home a medal for the country.

“Yo-Yo (aerobic endurance test) has become a big thing in the Indian (sports) ecosystem. 23.8 was the final level of yo-yo (we had set) and we had 14 players in the squad that completed it before Tokyo 2020,” Arkell said.

“Large percentage of the group was very fit. Someone like (young midfielder) Sumit was most consistent in the yo-yo test. Nilakanta (Sharma), Vivek (Prasad), Hardik (Singh) and Manpreet (Singh) were also on top of this,” he added.

“I remember walking into the mess on my first day and thought that this is something that needs to be changed quickly,” Arkell recalled. “We increased the amount of protein in the diet and reduced the amount of fatty oil and we reduced the demand for refined sugar that was consumed. We gave the players specific individual plans.”

The Indian team’s improved fitness showed during the Olympics campaign, as they played some fast, intense hockey despite the sweltering heat in Tokyo. India lost only two matches throughout the fortnight and edged out Germany in the all-important bronze medal playoff to put India back on the podium in hockey.