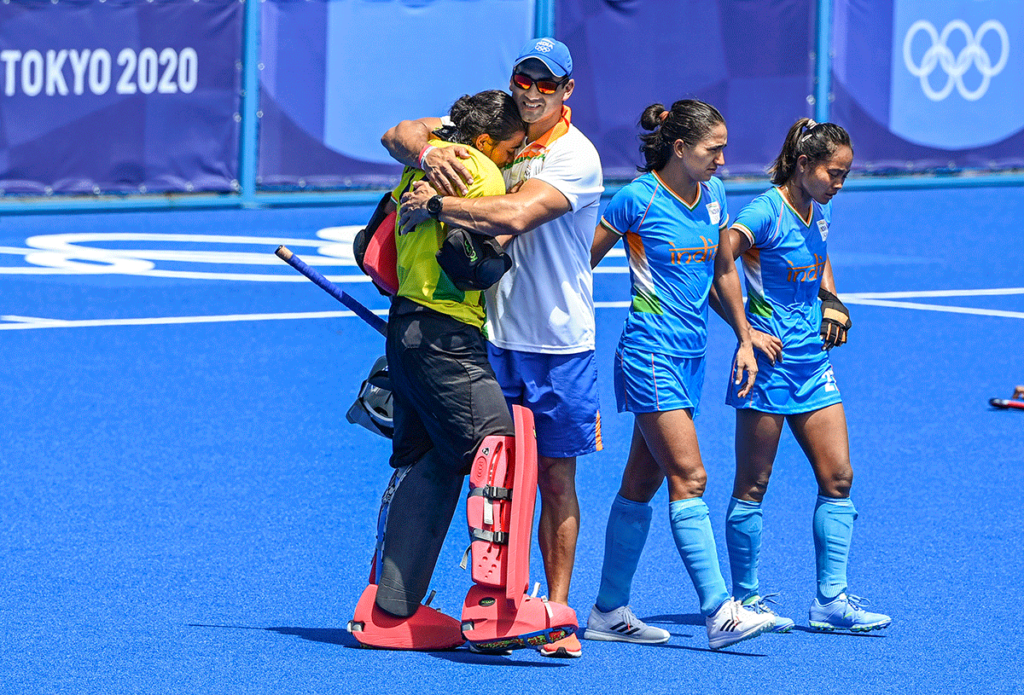 Moments after their fourth-place finish at Tokyo 2020, Wayne Lombard, the Indian women’s hockey team’s scientific adviser since 2017, spoke to Firstpost about the process that went into improving the team’s fitness levels. Wayne Lombard, the Indian women’s hockey team’s scientific adviser, at the Oi Hockey Stadium, which was the venue for hockey games at the Tokyo Olympics. Image: Amit Kamath

The Indian women’s team is desperately trying to claw its way back from a 3-4 deficit with just a minute left on the clock. The sapping afternoon heat and the humidity are not helping. It’s the Indian women’s team’s eighth match in more or less similar conditions in 13 days.

Great Britain’s Elena Rayer goes on a slaloming, solo run towards the Indian goal. Six Indian players chase after her full pelt, before the attack is thwarted and the Indian women make another last-ditch attempt to equalise.

Among the many factors that the Indian women’s hockey team got right in the past five years is improving their fitness levels. Moments after their fourth-place finish at Tokyo 2020, Wayne Lombard, the team’s scientific adviser since 2017, spoke to Firstpost about the process that went into improving the team’s fitness levels:

When I was asked to take this position, one of the things I was told was that I had my work cut out for me. I took that as a challenge. If I am good at my job, I could make anyone better. When I first arrived and saw the profile of the players, I thought there is a lot of work that needs to be done. It was a process to get them to buy in and trust me as a person first, and then looking at the physical side and getting them to understand the process.

I am at a stage with this team now that I can give them tasks to do and they will go and implement them. That was my goal: I wanted to empower them to make their decisions by the time I am finished here. If they can do a gym session or a conditioning session without me, then I know I have made them, not just fitter, but also better athletes, who understand what they need to do as individual athletes. But from the beginning, there was a lot of work to be done.

Need to be fitter, faster and more agile

The progress the girls have made in terms of fitness (in this Olympic cycle) is phenomenal. When I started in 2017, the one area I really had to focus on, because we saw that was the issue, was the physical side of things. The girls just were not exposed to the type of training that is required to play at the international level.

The general endurance levels (of the players) were really poor in 2017. They couldn’t keep up the intensity that is required in a hockey game to genuinely compete. To give you a random example, in 2017, we were playing in the Hockey World League and we really struggled physically to keep up in Johannesburg. We then went on a tour to New Zealand where their players were a lot bigger than us. So, we realised that we’re going to have to be fitter, faster and more agile around them. We got really dominated in those two tournaments. That’s when the girls also realised that they are going to have to do something different.

They started from a very low base. This made things easier as we could progress quite quickly. When you start from a low base, your body adapts a lot quicker as long as you do it smartly. To get them from a low base to a decent level was quite easy. But to get them from a decent level to international standards was slightly more difficult. That, plus increased exposure to playing against Western teams, who are really physical, has helped us. Once they realised the importance of physicality behind hockey, they also started enjoying the process. They bought into it better. They started realising that the fitter they feel the easier the game feels. That’s when we got them to buy in, when they realised the benefits of it. 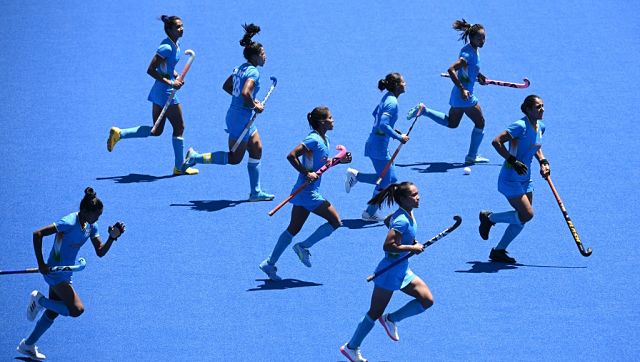 When I first came, the players were averaging around 16-17 on the yo-yo test. Now the team averages between 19-21. So, they’ve improved. It’s not about me. It’s about the girls putting in the effort. This comparison about hockey and cricket players’ yo-yo test numbers has always been in news. The girls are really fit. Our fittest player scored a 22 or 23. That’s some serious running. I am not so sure what the men’s team’s average is, but they are quite high… about 23. It’s difficult to explain it without showing it. It’s a good effort in terms of aerobic capacity. It’s up there where they need to be. Our norms for all our fitness at the moment, it is within the range of all the western teams or better.

Doing it match after match

In hockey, you’re looking at anywhere between 15 percent to 20 percent of high-intensity running in a match. When I started, the girls really struggled to get that sort of percentage. And now they get that pretty easily as a team. Those sorts of things are nice to see, but for me, numbers are just numbers. What I like to see is the robustness and resilience from game to game, can they produce it over eight games. One game is easy. Anyone can produce great output over one game. But then they’ll be dead for the rest of the tournament. My approach is that we need to be able to do this over eight consecutive games and stand up to teams like Great Britain — which has got a big support staff, has all the facilities in the world, and knows how to play in such games — and put them under pressure in the final game of the tournament in heat like this.

A lot of times when people look at elite athletes, they think all they do is train, train, train. The process for me has been that we’re going to train hard. But we’re also going to recover well. In the past, what would happen with them is that they would train completely to the hilt (before a tournament), and they never really knew what it is like to go into a tournament feeling fresh. So, you cannot express any of the work you have done in training in a competition. So that was important to me. I wanted them not only to learn how to train properly but also focus on how they’re recovering properly. I wanted to teach them how to feel their bodies properly, so we got some dieticians within India to work on this with the players.

Hockey is a little bit different from rugby or cricket. We’ve played eight games now in the space of 13 days. This is very intense, not many sports actually have this at all. That too in such heat.

But if you saw, the girls were able to keep up with their opponents in every single game. Keep up their intensity the whole time.

They’re fitter (than in 2016). Their recovery process was really good.  One day is enough for them to recover. We haven’t had an injury since one mouth leading into the Olympics to now. That’s really the best thing we could have had, no injuries over this whole period. There are always niggles, but we’ve not had to pull someone out.

I think the key thing is now everyone realises that there’s a process. It’s not an overnight thing that happens. The girls have also realised this. We used to lose to teams like Great Britain quite easily. And now the girls have had a loss by a 3-4 margin, and they are distraught because they think they should have won the game. That’s a process too, where they’ve realised that they have got serious potential too. From hockey skills to fitness… everything’s coming together now.

Getting players to buy-in

I wouldn’t take leaves. I would be in India pretty much most of the year, taking leave once a year. Sometimes when the rest of the team was home, I would be working with an injured player at the SAI Bengaluru camp. They saw that and figured that this guy is here to actually help us. He’s not here just go through the motions. It’s not just a job for him. If you show that you’re working 100 percent for them, the buy-in process takes care of itself.

I’ve been lucky enough to work in a few different countries now. So, the approach that I took was that I needed to understand Indian culture first. Before I joined the women’s team, I was with JSW Sports, so I got to work with wrestler Vinesh Phogat and a lot of other girls. So, I also understood the culture before I came. Someone like Vinesh is different because she’s very focussed, very determined but she had this whole history behind her already. That allowed me to understand the Indian culture and slowly but sure get to understand these girls a little more. These girls come from very timid backgrounds, socio-economic status is also a little bit of a thing. So, I needed to understand what they needed from me. They needed someone they could trust, confide in, and someone that actually cares about them as people first. From there everything took care of itself. Now, if I tell the girls we need to go run 10km to get us better, they’ll do it without any questions because they know the process is to get better.